It’s said that some percentage of Iceland greater than zero believes in elves. Despite my skepticism, at some point, we all have to believe in something. Why not elves?

After traveling for a few weeks alone, I was thrilled to join several close friends in Iceland for Thanksgiving. I bought my allotted amount of alcohol (18 beers, 4 bottles of wine) and, escaping duty free, the gates to Iceland parted as my Icelandic friend warmly greeted me. Thus began my journey in a land of Skittle juice and whale penises.

The view from our cabin was more stunning than the most ersatz Thomas Kinkade painting. Snow covered the ground and mountains beyond as the gray sky melted into the snowy vista before us. Only one thing would improve this scenery: exploring it on foot!

Making our way to Bruarfoss, an azure waterfall bounding down pitch-black rocks, we began throwing snowballs at each other. Laughing and chatting back to the cabin, we peeled off our layers and roasted pleasantly in the hot tub. 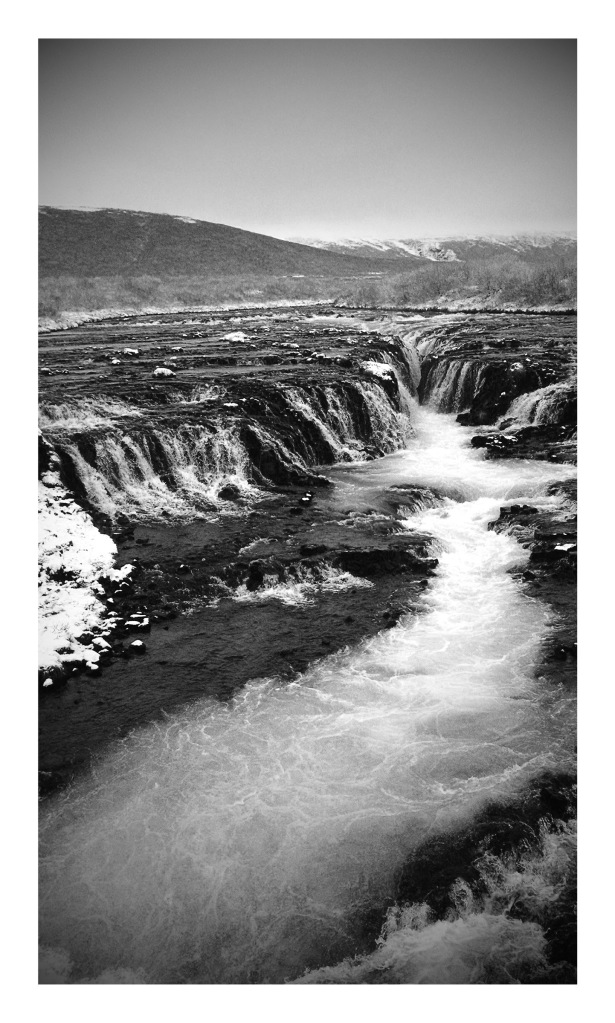 The next few days, we hiked up a mountain blanketed with snow to a naturally hot river, ate a Thanksgiving feast in the Icelandic countryside, and squeezed through a fissure in a rock face, hopping from stone to stone to reach a waterfall well worth the effort (Gljúfurárfoss, below). Though we discovered many beautiful Icelandic sights, one eclipsed all others.

There is a saying: “Make new friends, but keep the old. One is silver, but the other gold.” It is cheesy, even to me, but also true. I often can’t remember how I met those closest to me. One of my best friends, for example, I don’t remember meeting, because it seems we’ve always been singing Ella & Louis, and shouting at innocent bystanders in a butchered Cockney accent. It’s easy to forget how good things began, and how silver friends became gold.

I grew closer to each of the people I traveled with in Iceland, in the way you can only when you travel. By experiencing newness together, whether in uncomfortable moments of cultural ambiguity, or in awe of Mother Nature (who is surely Icelandic), we formed a visceral bond different from those made in coffee shops and group projects.

There were times when I wanted to be alone during our week in Iceland, but the moments together will be those I remember most fondly. The connections you make with the people you meet make life worth living. That is a magic more powerful than that of elves or witches. It’s at least as strange, and much more available. After all, I might not believe in elves, but if I’ve got to believe in something, why not the magic of human relationships?